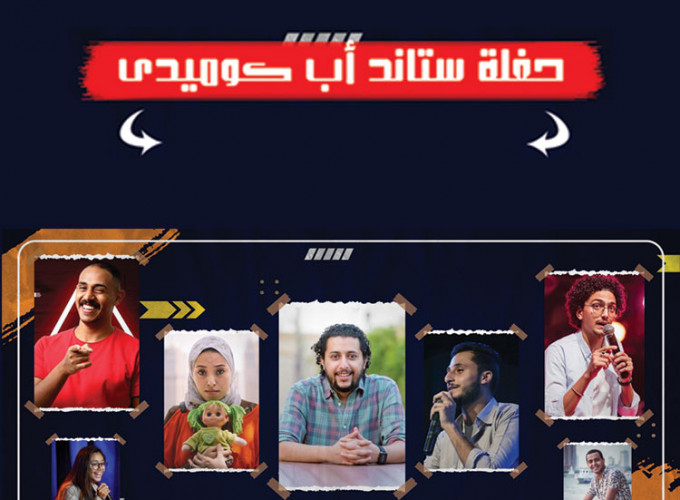 Salah Al-Dali He presented you with presenting and presenting several programs, the most important of which are theatrical plays on MBC Masr, Teatro Egypt, the second season, Comedy Ali Al-Waqif on OSN and Comedy Club on MBC Masr.  helwa aldonia sokr and a movie story 200 pounds

He started stand-up in 2016. He started in theater from a young age and participated in many advertisements such as Orange, Google and Script Writer in programs

27 years working in a bank, I got married, and I recently had a child. I am a banker in the morning, a comedian at night, and all day a father 😅

She became famous on social media with comic videos, and her beginning was in the university theater, so she decided to do a stand-up comedy, all in order to escape from the children's back.

I did stand-up parties in many places such as the American University, the Russian University, Cairo and Alexandria, and I ran script writers in advertisements such as Fine tissues, Juhayna, and Otlob